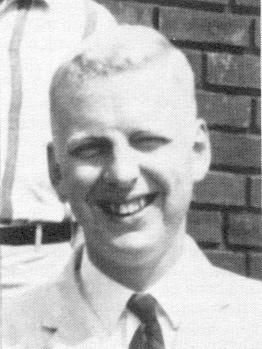 Charles S. Roberts: The Founding Father It is fitting that a hobby [currently] appealing to people generally in their twenties should be started by a man of the same age. If anyone can be called the father of the hobby, it would be Charles S. Roberts who, while in his early twenties, conceived the game Tactics and, before he reached thirty, had founded The Avalon Hill Game Company. As a consequence, now in his early forties he is scarcely in his dotage and might smile to be considered the father of anything but children.

The early growth of Avalon Hill reflects Roberts’ personality – outgoing and assertive. So, too, its failures reflect his faults. He is frank to admit that procrastination in shifting to single product marketing was a serious mistake. Activity was coupled with periods of inertia. However, the one comment constantly made about his administration of Avalon Hill is “integrity.” Nowhere is that more apparent than in his decision to sell out to his creditors rather than leave them in the lurch via bankruptcy.

The emphasis of the company was also reflective of Roberts. He had been interested in World War II, notably the Russian front (and in fact has a desire to write a purely military history of that part of the war) and this interest is reflected in the line of wargames, the single largest part of the Avalon Hill line while he was there. His insistence on a broad spectrum company is also obvious and in fact, his own personal favorite among all the games he designed is Management.

Perhaps the greatest irony, however, is best expressed in Roberts’ own words: “. .  . what exists now, which we created at Avalon Hill in those early years, not so much by design but by default, it’s the hard core of a new hobby . . .  That was not our intention, though . . . it certainly wasn’t mine.”

Nevertheless, Roberts is pleased with the growth of his creation. Even before he left he recognized that there was something there, as evidenced by tentative plans for a newsletter, later to appear as The General magazine. The only development which he found displeasing, was the emphasis given in certain quarters to the Nazi / German aspect of the hobby. He recognizes that World War II is the most dramatic and fertile field for wargames and that the Germans do present both a challenge and a ‘colorful’ side to consider. Nonetheless he rejects the idea that this should lead to the almost neo-Nazi activities found, particularly in some clubs, club names, and club tactics, as they existed in the not-too-distant past.

Roberts still lives in the Baltimore area, now working as an executive in a printing firm. Though his time in the wargame field totaled no more than ten years, he began something the end of which is not in sight.

This article was written by Stephen Patrick in 1972.